My sister Janet Harper, who is a fabulous potter in Knoxville, TN, and I, decided to join creative forces and offer an entire weekend to experience painting and pottery. The plan was that our guests would create a still life painting with a vase that they would also create out of clay. We divided the weekend between making pottery and learning to paint.

This creative weekend was purchased by two women at an Arrowmont School of Arts and Crafts Auction last year called “Meet the Artists.” They then invited folks they thought would enjoy this time together. It was the perfect group of 9 artists.

For my portion of the weekend, I showed them how to paint (in a loose, impressionistic way) a “grisaille,” which is a painting using various shades of gray as the undertone. I took a photo of a still life with Star Gazer Lilies on a table with oranges that I had arranged. I printed the photos out for the painters to use as a guide. First, they made the grisaille then followed that up in the next session by painting in either acrylics or oil colors on top. I had demonstrated painting in both mediums so they could choose.

Janet demonstrated how to make a hand-built vase and a cup. She taught how to cut and score the clay, how to create slip and gently fold a piece together while keeping the wet clay in a symmetrical shape. She showed them how to use antique lace and other household items to create beautiful texture in the clay too. I tried to make one and it was challenging but fun!

The clay pieces will dry and be bisque fired then glazed and fired a second time. Janet is going to do all that for everyone and then get them their final pieces. I can’t wait to see all the finished vases and cups that they made.  I will add those images to this post later.

They were highly focused artists and created FABULOUS works in only a few short hours! See what they did in the photos below. I was very proud of them and so enjoyed meeting each one of these lovely women. To have a creative experience together is a unique experience and something most folks never get to do. I was so happy to be a part of this memorable event that raised a great deal of money for Arrowmont. It was a win/win for everyone! 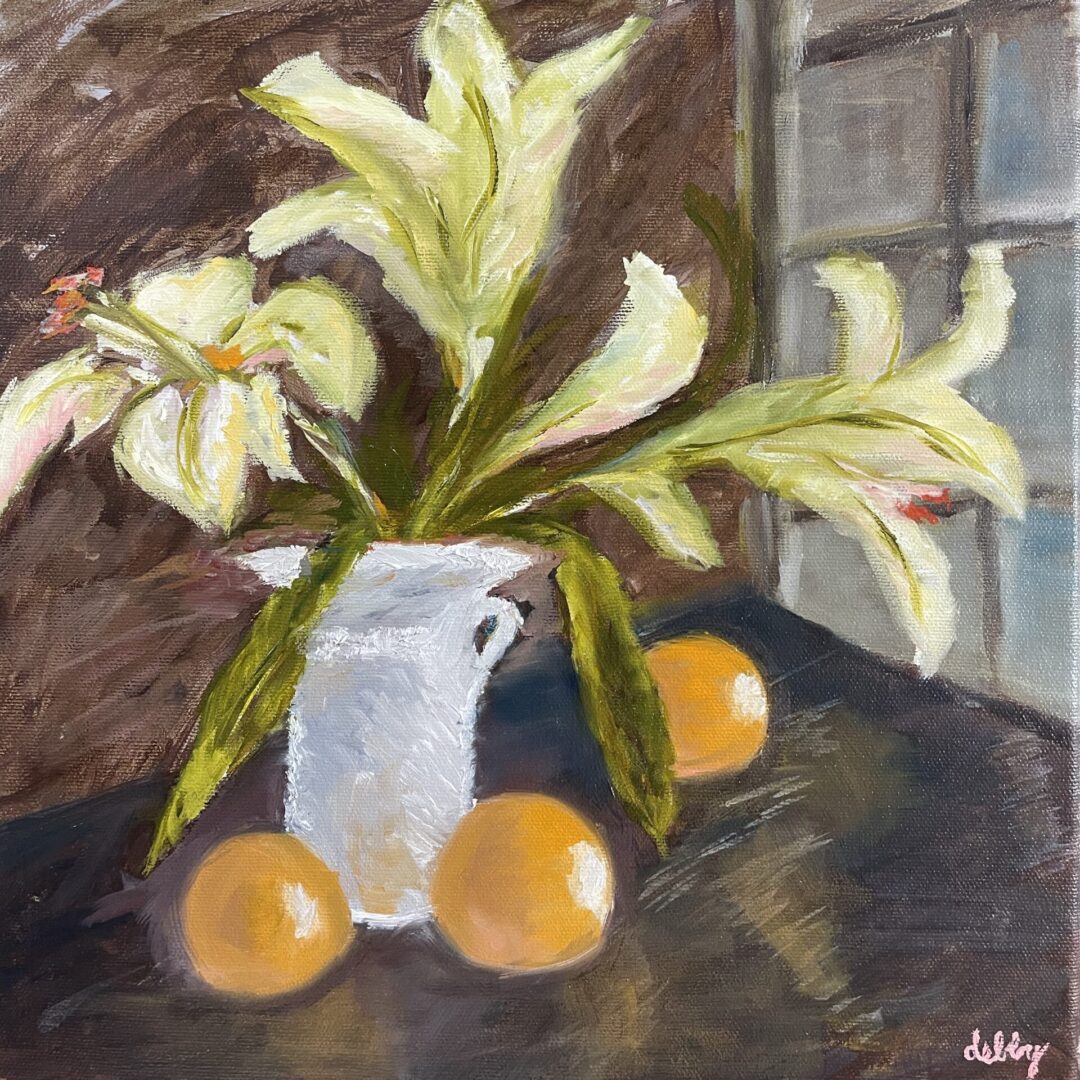 Laurie and Sandy building their cups. 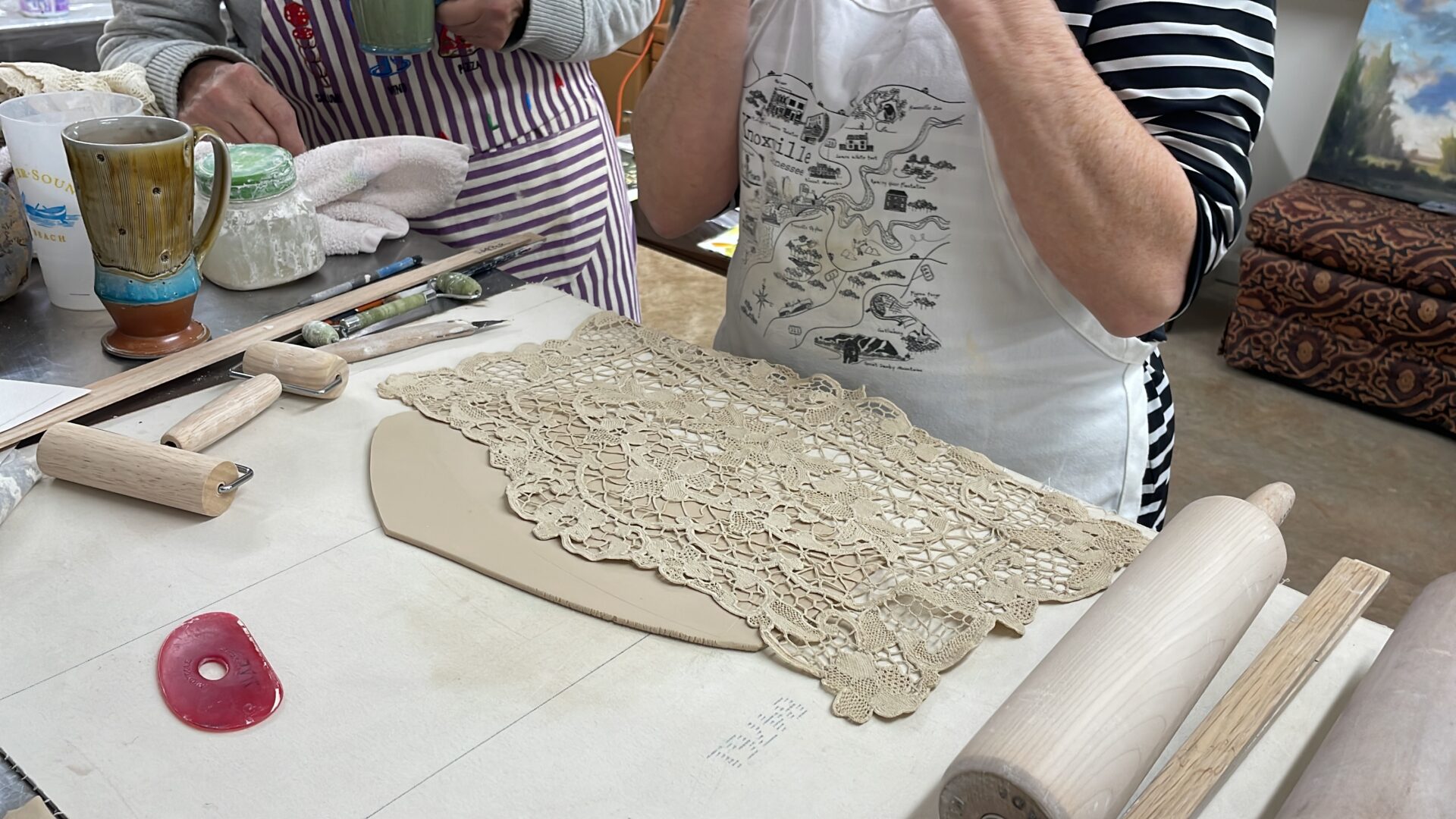 Debby Steenrod is focusing on her creation in clay.

Debaran Hughes cutting her forms out of wet clay. 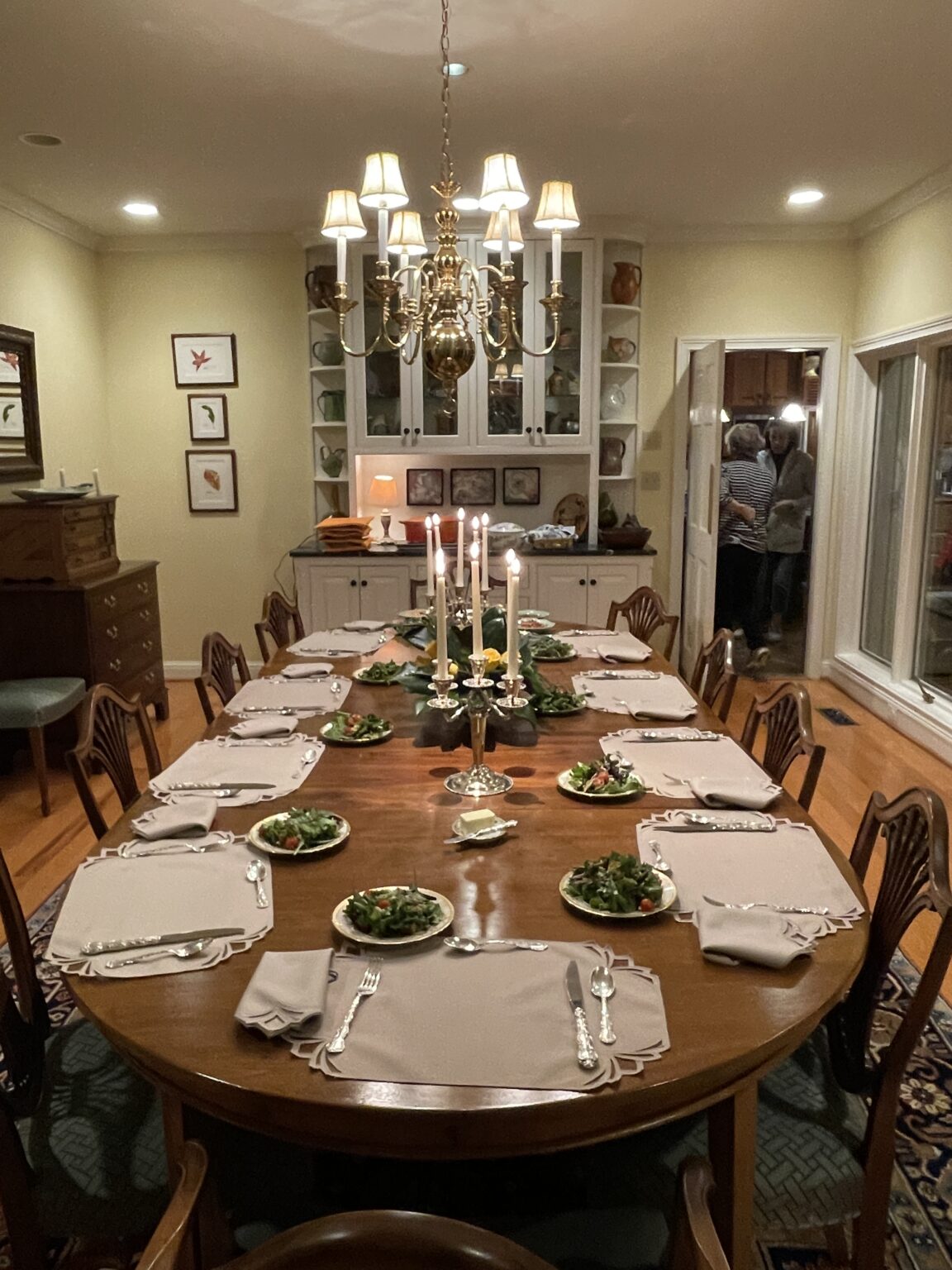 Janet prepared a wonderful home cooked meal for everyone on Saturday night and we dined in her lovely dining room.

Debaran deciding on her texture for her vase. 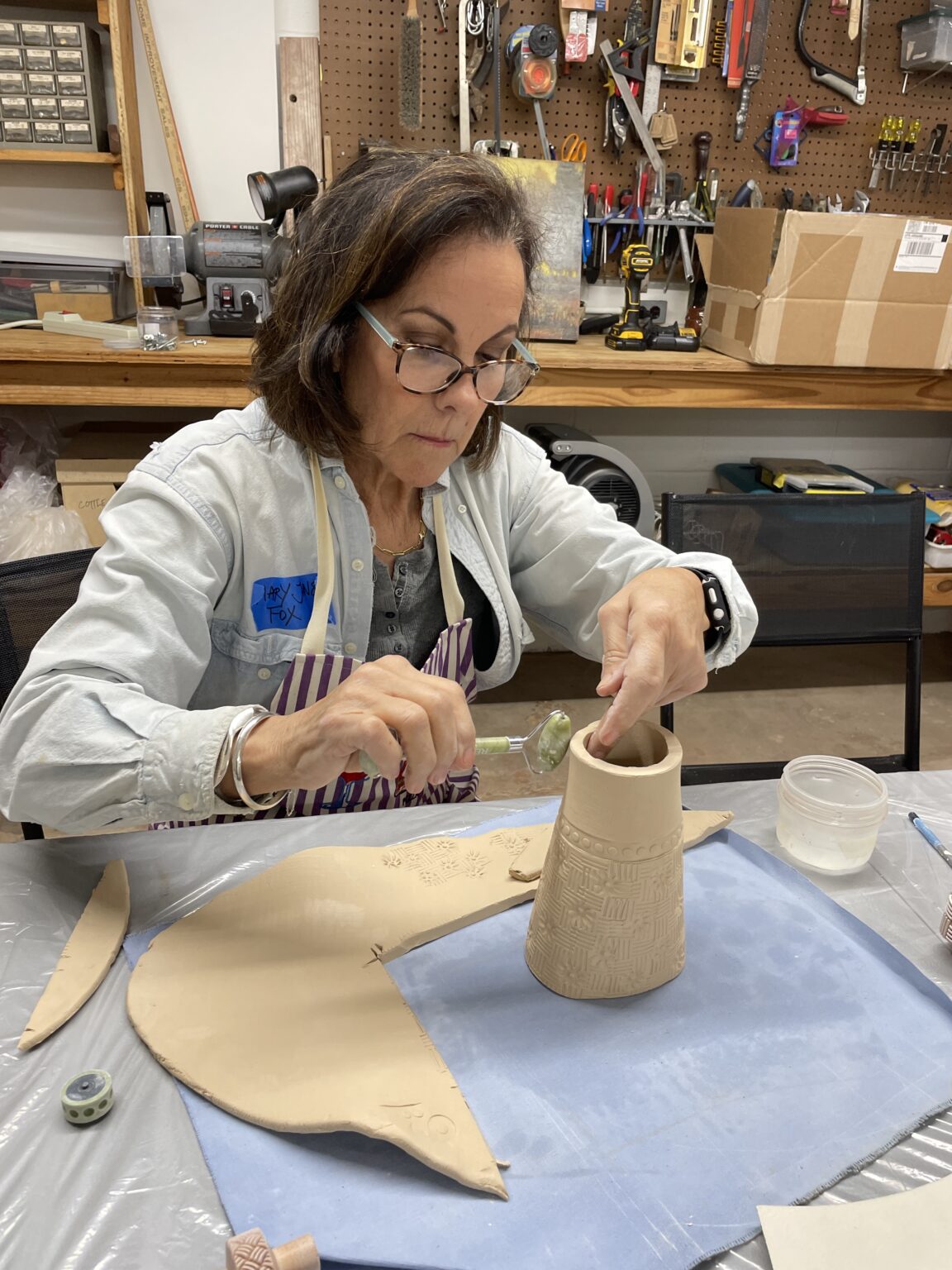 Mary Jane is smoothing out the seam in her vase.

Ashley is examining her pot. 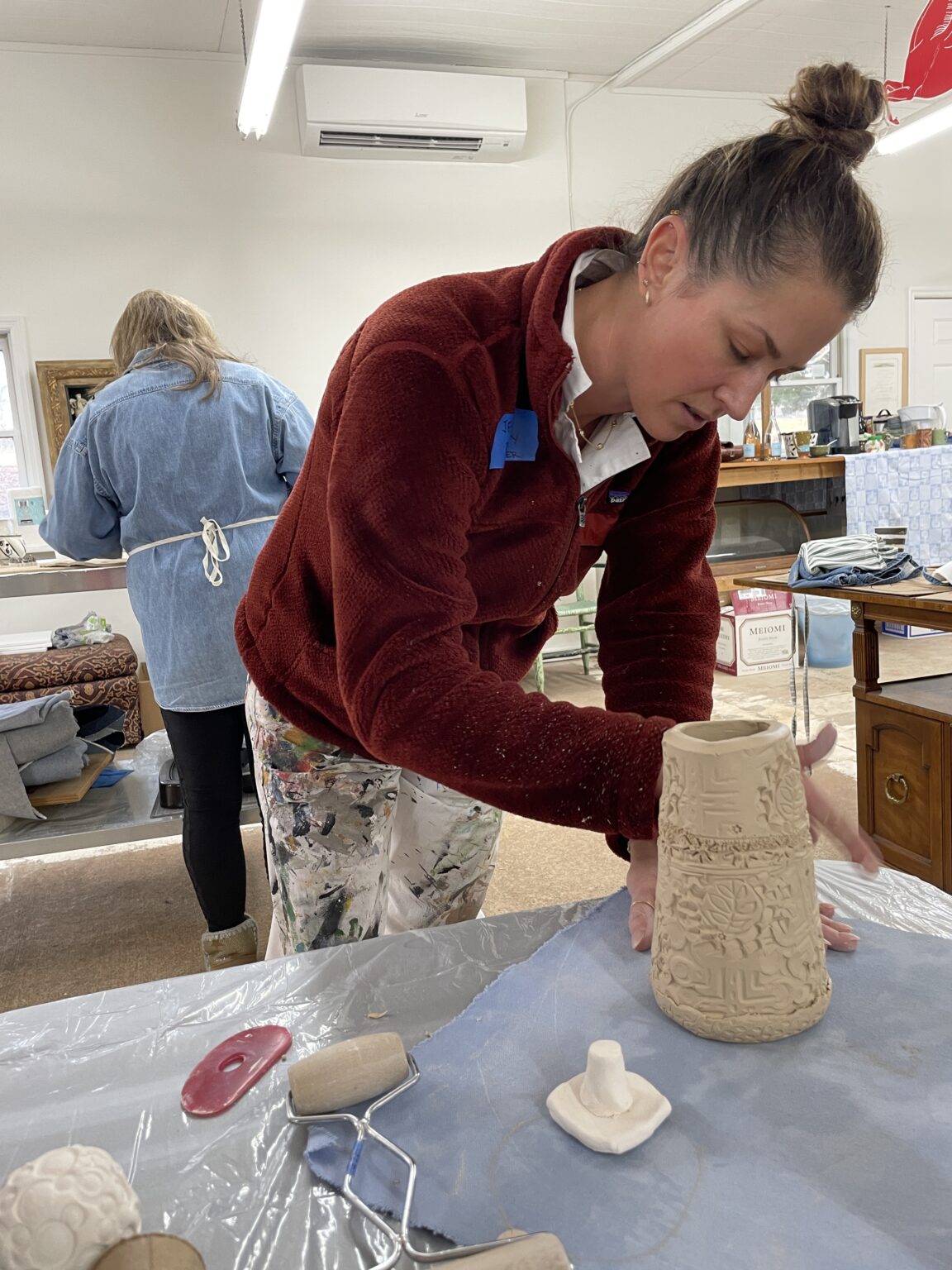 Debbie has mastered it. 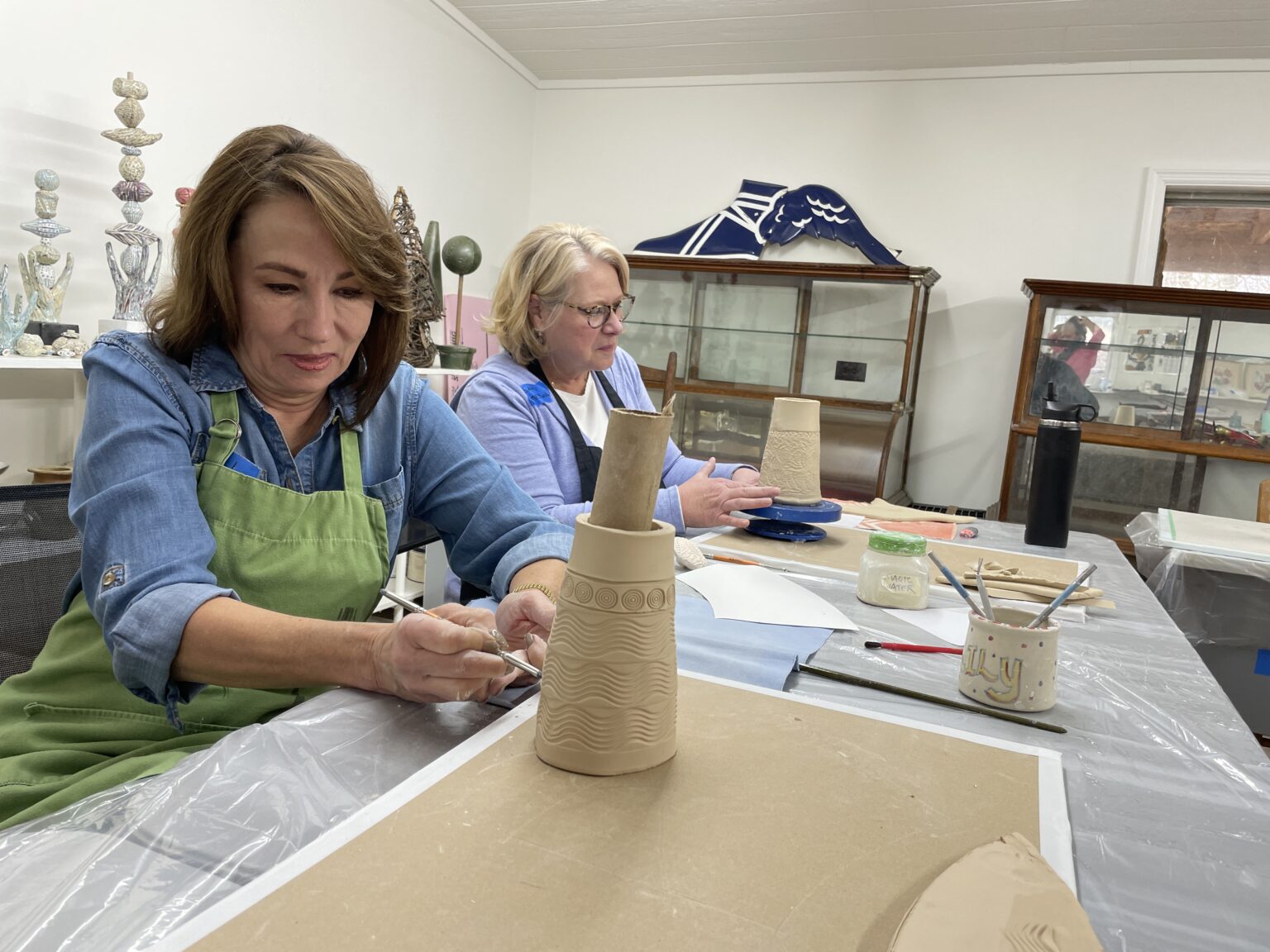 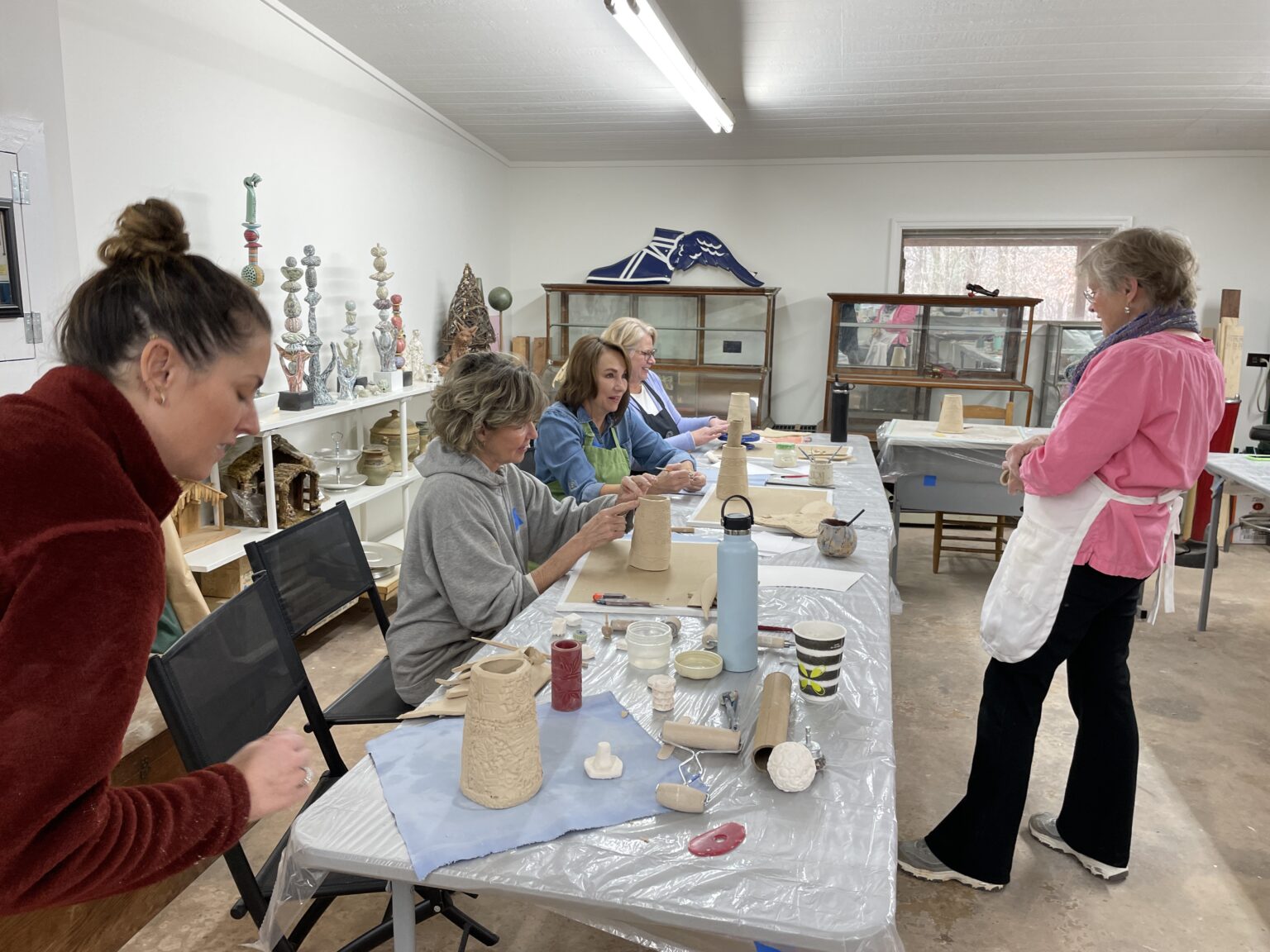 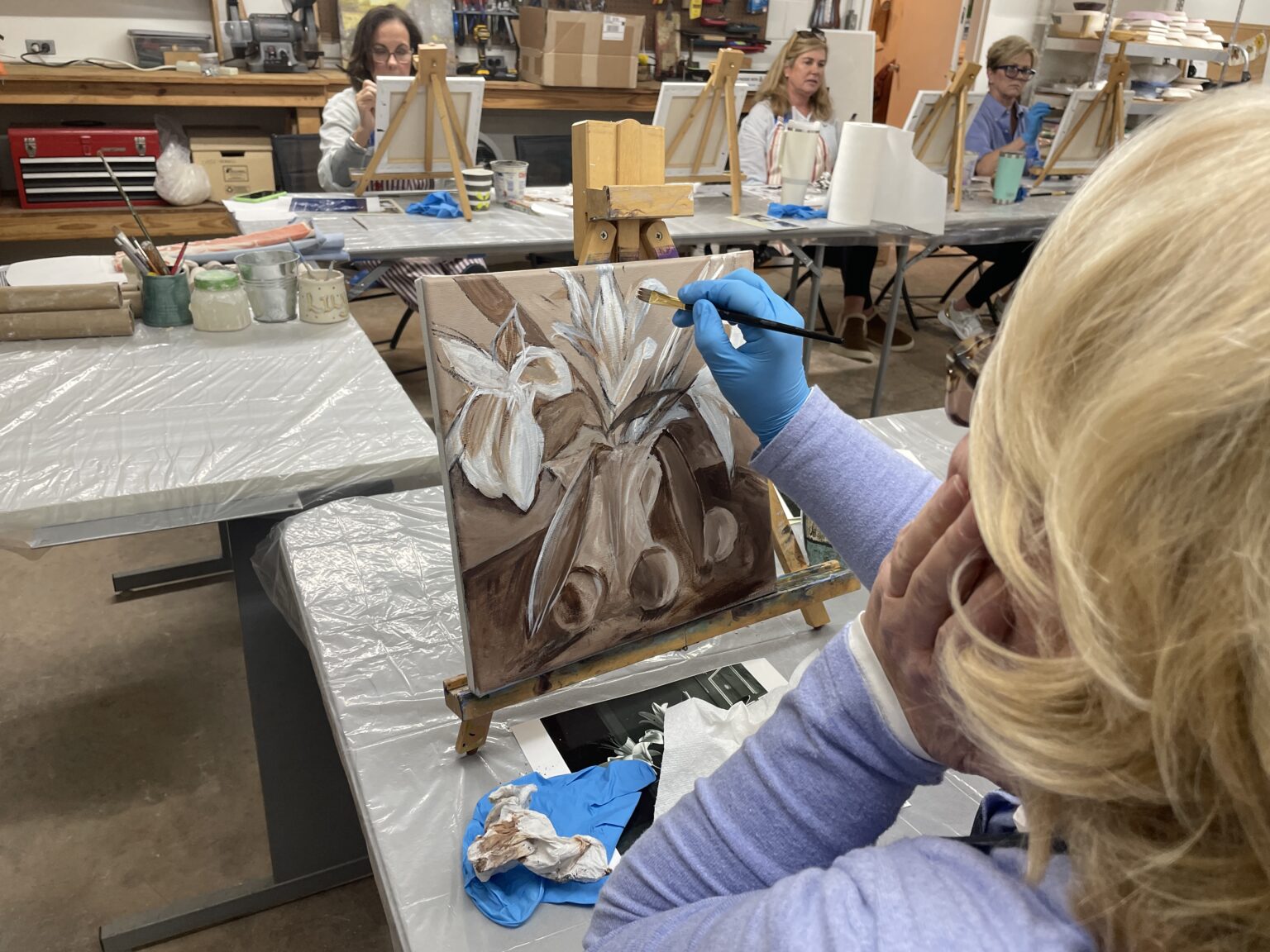